Orcas is a beautiful island off the coast of Washington state. It is the largest of the islands within the San Juan archipelago and is home to small mammals and birds while being void of large land predators. Islands make a great place to study animals and their behavior because they are isolated from other ecosystems resulting in a much simpler and unique study system to observe. 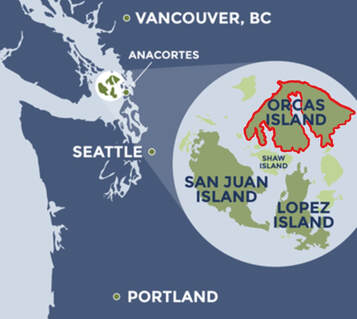 To learn more about why islands are interesting to study, visit these resources by clicking here and here.​ 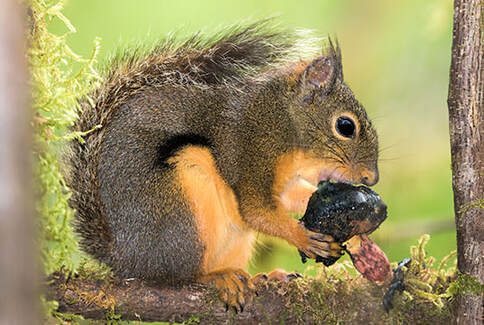 Orcas has a native squirrel resident, the Douglas squirrel (Tamasciurus douglasii). This squirrel was brought to the island in the early 1900s but may have been present by natural means before this time. The Douglas squirrel lives harmoniously within old-growth forests on this island and throughout the Pacific Northwest territory. They are important for their ecosystem because they are the main distributors of fungal spores, essentially the pollinators of the forest who encourage tree growth!
​They eat the reproductive structures of mushrooms 🍄 and spread their spores while foraging through the forest. The fungal spores reach down to tree roots, creating mycorrhizal networks that provide the trees with essential nutrients 🌲🌳 which are very important for old-growth trees. 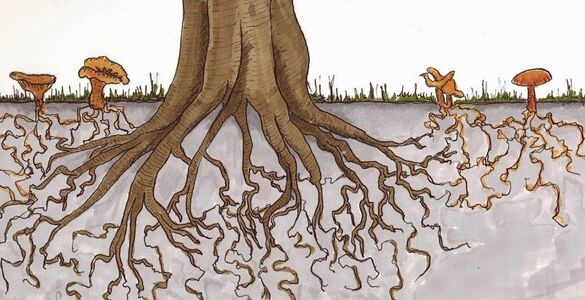 To learn more about the amazing connectivity of mycorrhizal networks visit these articles by clicking here and here.

Not only is the Douglas squirrel important for tree health, they are also a critical part of a keystone complex which includes fungi, Douglas fir and spotted owls. They serve as the primary source of food for the threatened Northern spotted owls, who also depend on old-growth forest health.

To learn more about why the Douglas squirrel is essential to the Pacific northwest check out this article by clicking here.
On Orcas, these squirrels are the ONLY animals who disperse fungal spores throughout the forest. This essential role makes the protection of these squirrel imperative to the function of the ecosystem. Since this population has been living on this island for such a long time, they are physically smaller and darker in color when compared to their mainland counterparts. They are special ambassadors for their environment and unique! 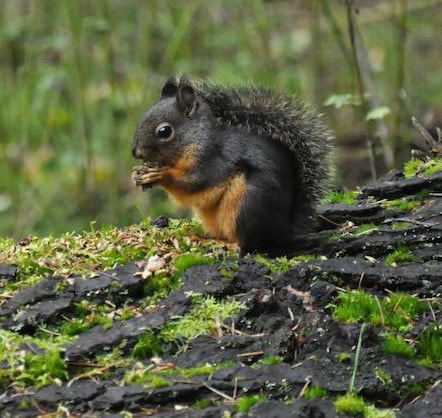 But within the past twenty years there has been an introduction of a new squirrel on the island, the Eastern fox squirrel (Sciurus Niger). This squirrel is much larger and has very different behavior which may pose a problem for the Douglas squirrel.​ 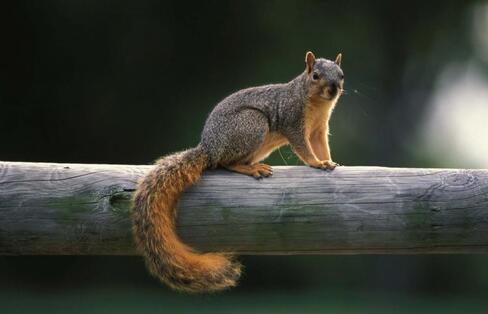 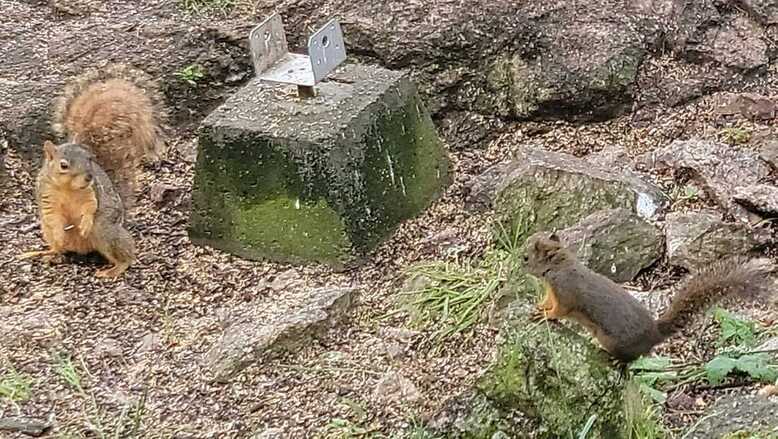 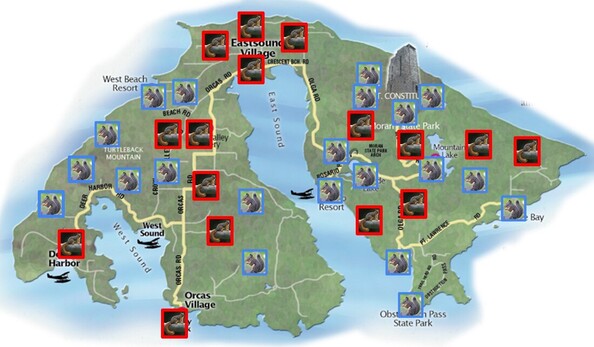 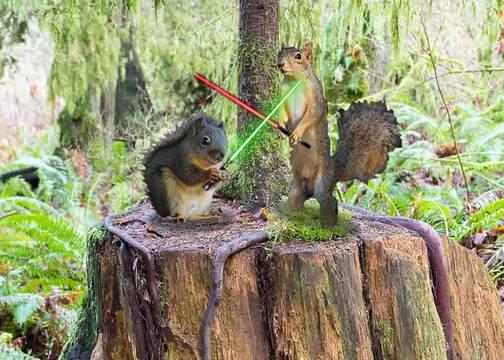 This work will be carried out by Cynthia Frausto and is supported by UCLA and Kwiaht
You can keep up with my research by subscribing to our squirrelgazer blog list (under the MORE and CONTACT tab)!

You can reach out to me by email if you have any questions or comments about this research at cynthiaf17@ucla.edu